The Board of Pilot Commissioners for the Bays of San Francisco, San Pablo, and Suisun

Upcoming Board and Committee Meetings:

The Board of Pilot Commissioners for the Bays of San Francisco, San Pablo, and Suisun (the BOPC) is the oversight body that licenses and regulates up to 60 maritime pilots who make up the San Francisco Bar Pilots. The Board’s responsibilities include training, licensing, incident investigation and rate determination. For more information about Board statutes, click the Links tab. The BOPC was established in California’s first Legislative Session. It has been in continuous existence since 1850, making it the oldest Commission in California. Originally an independent state agency, on January 1, 2009, it became a department of the Business, Transportation, and Housing Agency, which has responsibility for the movement of goods throughout the state of California. On July 1, 2013, the Business Transportation and Housing Agency was subsequently re-organized as the California State Transportation Agency. The BOPC is “tax neutral.” All of its expenses are paid for by the shipping industry through surcharges on pilotage fees and not by state or local taxes. 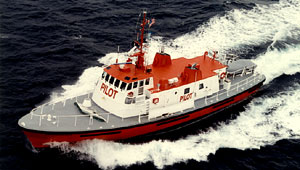